The so-called northern ‘riots’ in 2001 were, in my view, a turning point in British society. For the first time, British Muslims (the protagonists were mainly, but by no means exclusively, Muslims) engaged in violent protest against racists and discriminatory policing in forms that were reminiscent of the ‘riots’ led by British African and Caribbean […]

Diverse communities and the question of cohesion

Ages ago I was asked to write a chapter on diversity for a book on the Yorkshire and Humberside region put together by colleagues at Leeds Metropolitan University. I got tremendous help from Professor John Stillwell (Geography, Leeds University) who produced statistical maps for me at the drop of a hat. The chapter contains lots […]

‘Leeds – a two speed city.’ A talk in PowerPoint

This is an illustrated talk I do for Ben Carrington’s University of Texas students on their  ‘Maymester’ in Leeds each summer. It goes with a walking/talking tour of the city which takes in the highs and lows (including the David Oluwale story) of Leeds. It’s such a pleasure working with these bright young Americans. The […] 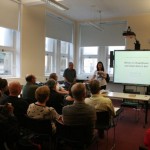 Fiona Gell is the driving force behind the marvellous Big BookEnd festival of authors and books in Leeds and when she asked me to contribute a talk I jumped at the offer. I’m giving this talk on Saturday 7th June 2014 at the Leeds Central Library (2.30pm). Fiona’s an assiduous organiser and brilliant user of […]